The bitter truth about chocolate-we are collaborators with evil 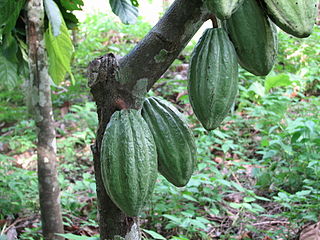 The bitter truth about chocolate was brought home to me by this video..

The video I am about to share with you now!

This video makes my blood boil!

But before I am too upset to write, let me share this video with you

Chocolate is one of the healthiest foods on earth-especially if it is the dark one that has not been adulterated.

The facts about dark chocolate have not changed

With this video, we've run out of excuses.

If this video does not make you cry, you are either dead or evil to the core

In fact, I was physically sick!!

The chocolate manufacturers signed a vaunted protocol agreement in 2001.

That agreement purportedly outlawed child labor or there would no sale

That meant they knew it was going on!

But notice how they gave themselves 7 years, BEFORE anyone needed to comply!

That agreement did not kick in until 2008!

So for 7 years after the so called historic agreement, the farmers could still exploit children..

And the chocolate manufacturers could pat themselves on the back and go home to their own children, with a clean conscience

In spite of that agreement, this evil still goes on!

Could you see the fear and desperation in the faces of these children?

They look so scared hoping someone would help them

What do you wish for your children?

What hope do these children have?

What future can they look forward to?

How would you feel IF these are YOUR children?

I challenge you to direct that outrage into action!

Now let us be frank with ourselves:

IF it's found that European children are exploited the way these African children are, that it would take as long as seven weeks to stop it?

So while the West munches on this delicious indulgence, in between sips of champagne, desperate mothers in Mali and Ivory Coast cry for their children!

But maybe we are NOT guilty about this bitter truth about chocolate yesterday..
..before we see this video

Am I asking you to swear off Chocolate?

I am asking you to get in touch with these chocolate manufacturers, let them know, you know what is going on.

And demand they do something-immediately!

I am also asking you:

Get in touch with your Government, and demand.. yes demand, an International Conference on this modern slavery

With provision to punish

And these in International court!

I am not a lawyer but my understanding is that under international law..

4  Kidnapping is an aggravated felony

But they do-and encourage it.

How else are you going to pay 1 Euro for a kilo of cocoa, but for slave labor?

Slavery comes back to Africa!

Slavery has come back to Africa!

The commodity this time is not COTTON
It is COCOA

But the usual suspects are the same

This bitter truth is bitter alright..

To those who have a conscience, that is!

1  Leave a comment on this to express your outrage

It is that important

I will be updating this page, so come back often

But above all, I want you to join in the conversation and contribute your thoughts

The reason I pull some of the discussion to this page is because Videos-especially Youtube videos, do not play well on Facebook.

So let me know what you think

Have your say about what you just read! Leave me a comment in the box below.
FacebookTwitterPinterestTumblrRedditWhatsAppMessenger