Is GMO deception behind the
latest food directive?

The latest GMO deception is how some people regard the recent pronouncement of the National Academy of Science!

Why is it that man tries to beat nature at its own game?

There is the GMO deception, then there is livestock contamination too

Most of the meat you eat is loaded with antibiotics, preservatives, drug residues, contaminants from cattle feeds

Now we are told by that prestigious body of scientists, that genetically Modified Foods [GMOs] are safe!

I am sorry, I am one of the people not buying it

Call me stubborn, pig headed or any other name you can think of.
I've seen enough evidence over the years to fuel my suspicion

This I suspect, may be part of that GMO deception

In that skepticism, here is.. 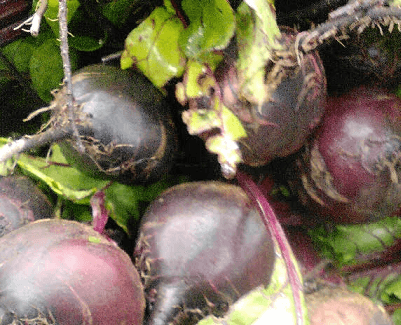 The people behind the GMO revolution?

Did you also know that Monsanto, Dupont, Syngenta Foundation, Bill Gates, are heavily invested in the Doom's Day Seed Vault located in Norway?

With over 3 million varieties of seeds, the stated intent is to conserve seed diversity for the future!

What dooms day are they anticipating?
And remember, you have to buy GMO seeds year after year.

You CANNOT regrow your own harvest.
In most cases , these GMO seeds won't grow anyway!

Some GMO plants even produce their own pesticides!

Is that normal to you?

So when some experts declare GMOs as safe, I do not just suspect it's a lie..

I tell myself it is!

If you think I am the only one aware of this GMO deception then, think again.

Take a look at this letter written by Dr. Don M. Huber and hand delivered to then USDA Under Secretary Vilsak on Jan 17, 2011. that linked GMOs to serious diseases

Now pay attention to the last sentence in this letter, and I quote:
"It [the letter] deserves immediate attention with significant resources to avoid a general collapse of our critical agricultural infrastructure."

What the letter is saying is that IF we continue in this Food Crop Modification Madness known as GMO, the whole agricultural infrastructure would collapse!

Or maybe that's how the profit mongers want it.

Is this "collapse" what the dooms day seed investors anticipate so they can open up their seed vault-for a fee of course..

..fees so high they would amount to nothing but global blackmail.

They would have gained total control of the world.
Control food, and you control the world

How do these people even know there would be a dooms day?

And if there is a dooms day, how do they know it would wipe out food crops?

Or would this dooms day be engineered too.?

Have you listened-I mean really listened, to drugs advertisements on television?

Some of them sound like ads for hazardous wastes.

And they are hazardous to your health alright!

The manufacturers admit as much
And that's when they are used as prescribed!

Drug that kills before the
disease has a chance to

How else would you characterize a product that solves one problem but create 10 more?

I believe this GMO deception is in the same league

This on its face sounds stupid

Because these scientists know that:

For instance did you know that in some cases..

..the toxic "Treatments" and secondary infections are what kill a lot of Cancer patients, not the Cancer itself?

But not to worry, the death certificate would blame cancer!

And if the damage is at the DNA level, it may take even longer

You have heard about evolution haven't you?
It may take thousands of years for a trait to fully develop!

We humans do not live that long to see some of the consequences of our stupidity..

Why are drugs constantly recalled?

These are drugs that had been thoroughly reviewed before approval-or should have!

1.  A heart disease drug that can give you a heart attack

2.  A blood filter implant that can give  you a stroke

3.  An erection drug that can make you infertile

The list goes on!
And speaking about sex and your heart, how about a natural product that can:

And it has NO side effects because it is natural.

But you won't know that by the aggressive marketing of Viagra.
Viagra can give you a heart attack-so says the FDA

See the health risks of Viagra at this link

If the GMO seed companies are so confident in the safety of their products, why do they oppose labeling?

The promise of GMO was that they would produce higher yields and solve the problem of world hunger!

Isn't that noble of them?

They are NOT even thinking about profits!

Except GMOs have NOT increased yield.

In fact, the opposite may be true
They certainly have bankrupted so many family farmers

If you want a strong evidence of GMO deception, there it is!

Your health is on the line

We have seen over the years how doctors have been corrupted by drug companies..
..bribed into prescribing dangerous, inferior drugs!

Or over prescribing some drugs

The epidemic of pain pill addiction in the U.S is a witness to that

Yes, a lot of the foods in the United States contain GMOs-Corn, Soybeans etc
And look at the health of the country!

Take your health into your own hands

See how this GMO deception have en-cycled the world?

The GMO deception will not get me..

That's my pledge to myself

Experts have been consistently wrong-and that's even when they are sincere!

Your health is your responsibility.

I need to make you aware of a very important point

GMOs have been found to alter the genetic make up of human gut bacteria!

Then you'll know how serious that is!

I  will be writing more about that later
So..

Have your say about what you just read! Leave me a comment in the box below.